Monitoring your stress and wellbeing is important. We are here to help.

To help you and communities everywhere, we launched our healthie™ COVID-19 Stress Monitor in April 2020. This provides individuals with a platform to voice how they have been impacted by social isolation, a changing global economy, job instability, and the disruption of daily routines. The Stress Monitor consists of a few simple questions about how you are feeling, and your concerns related to the COVID-19 pandemic.

Our aggregated results shown below will be updated regularly, as we are committed to helping communities understand the effects of the pandemic on our mental wellbeing. Our hope is this data can be used to inform the national response to COVID-19.

Across the globe, there are still many countries where the data is limited. You can help us develop more meaningful data for your state, region, province or country by taking the Stress Monitor and encouraging your friends and neighbors to take it as well. We invite you to use this online tool to check in as often as you like, whether you are still in social isolation, or as you return to your daily routines.

Please note that results are continually being added to. The charts and observations presented are for informational purposes only, and may shift as we gain more information. Last updated: 09-09-2020

How stressed are people feeling in general? 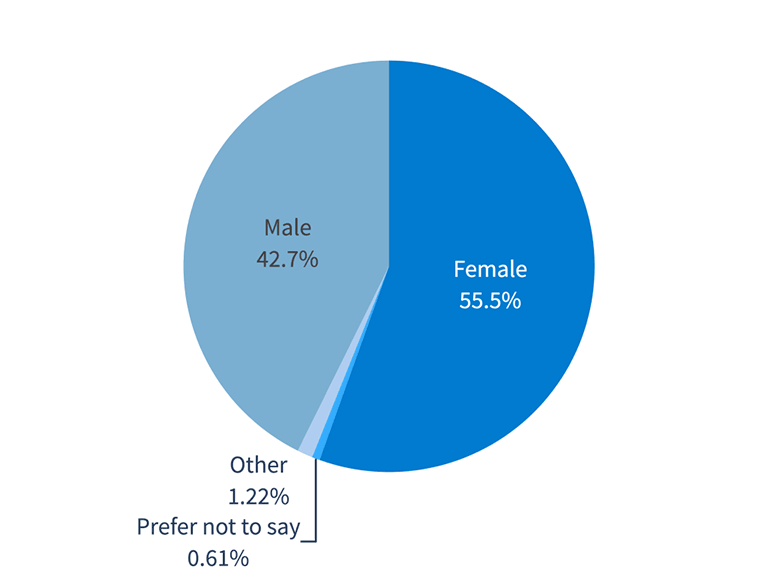 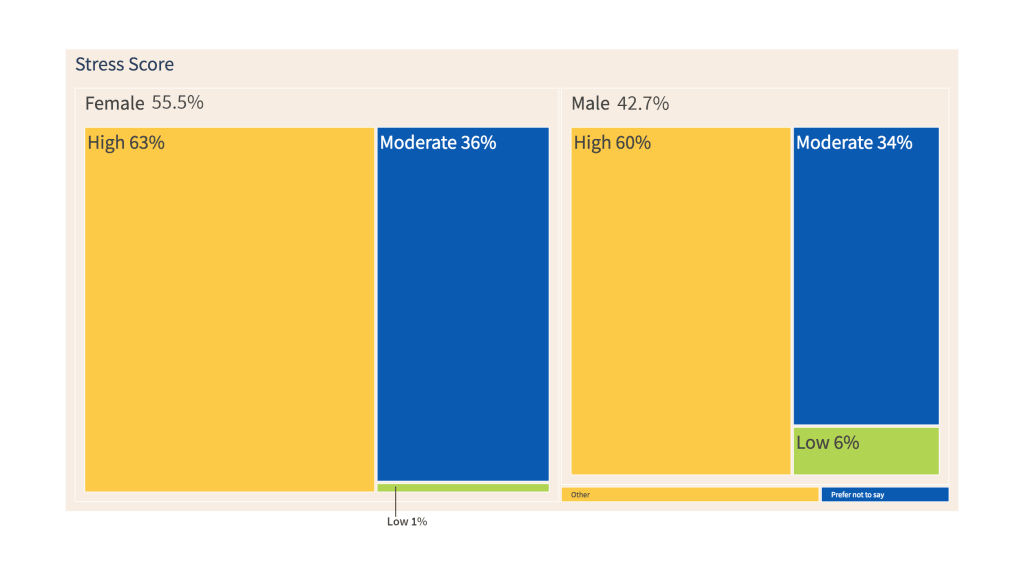 Our average respondent scored as being ‘High’ stress more often than not. Female respondents were less likely to score as being ‘Low’ stress compared to male respondents but generally, distribution of stress scores did not differ greatly based on gender. Over the past few months, average stress levels of all respondents have fluctuated between ‘High’ and ‘Moderate’.

How do stress levels vary between the general public and at-risk groups? 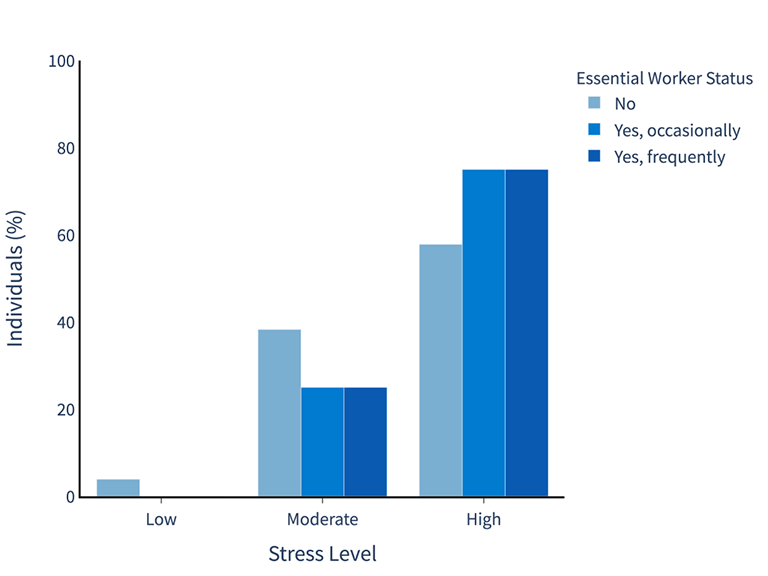 What concerns are on people’s minds?

Differences in Ranking of Concerns Depending on Stress Level

Concerns for their family’s health and travel limitations were the top 2 issues picked by both highly stressed and less stressed individuals. The cost of COVID-19 testing and treatment was least often picked. Both groups were more often concerned with finances, employment, and personal health rather than access to either healthcare, food and goods or medication, and child or elder care. 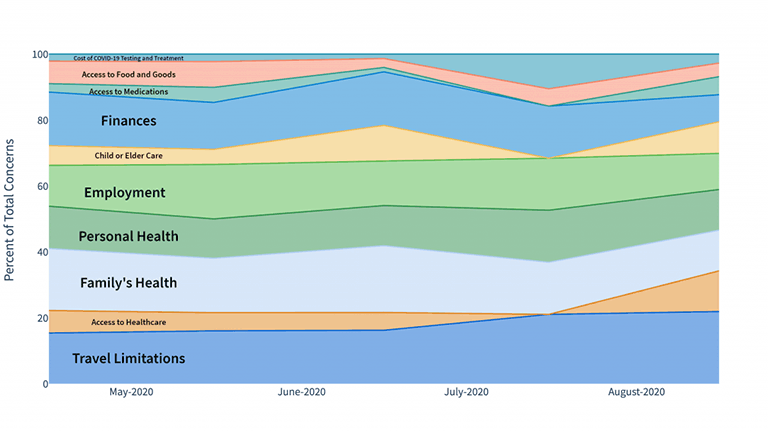 Prevalence of Concerns Indicated by Respondents Over Time

Note: This area chart shows how often people picked each concern out of all concerns that had been picked in a given timeframe. Top to bottom is 100% of all concerns, and each coloured section shows the proportion of each concern on a (mostly) weekly basis as it goes left to right. This shows a high-level view of how common a concern is among our respondents over time.

Family’s health, travel limitations, finances, employment, and personal health are consistently the top concerns on people’s minds. Meanwhile, concerns over the cost of COVID-19 treatment, access to goods and medications, access to healthcare concerns about child or elder care are less consistent from our respondents over time.

What types of media are people using to stay updated on COVID-19?


News sources used by the confused and the non-confused 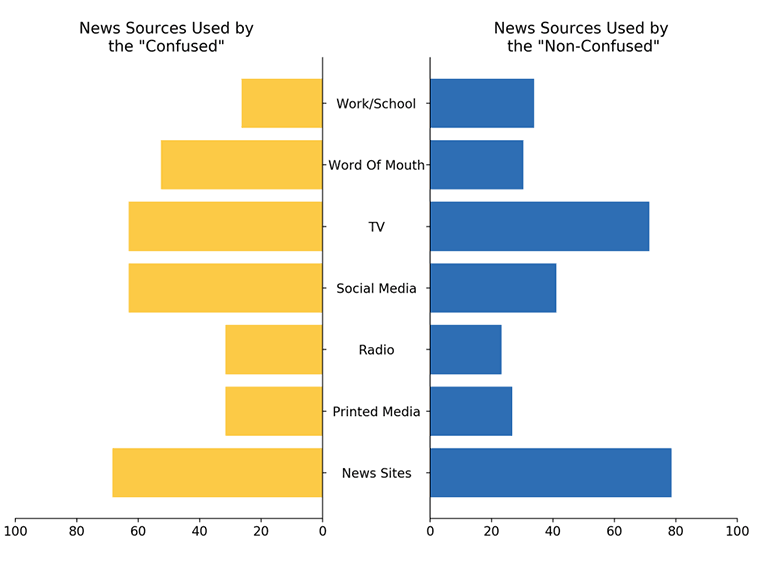 News sources used by the highly stressed and the less stressed 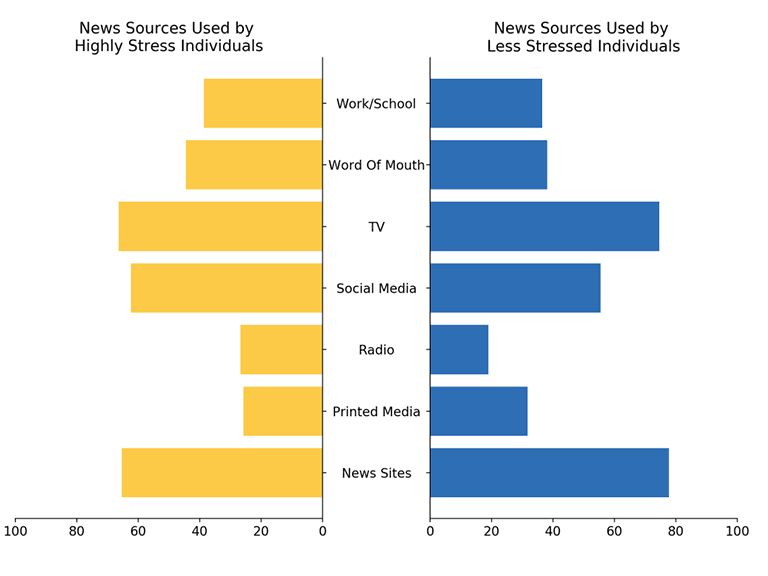 Note: In our survey, the example new sites we listed were CNN, Reddit, and newspaper websites. Word of mouth can be from family, friends, colleagues and neighbors. The examples we listed for social media were Facebook, Twitter, LinkedIn, Instagram, and Snapchat. Printed media can be local or national newspapers. Work/School news can come in the form of emails, phone calls, and in-person meetings.

People were asked to indicate if they found their news sources for COVID-19 to be confusing, helpful, both or neither.

In the left chart, we show which news sources were used by people who said they found their sources confusing (yellow) versus people who found their news sources helpful (blue). Reading news sites and watching TV are equally popular sources for news between the two groups, but social media and word of mouth were less frequently consumed by those who did not feel confused by COVID-19 news.

In the right chart, we show which news sources were used by people who were highly stressed versus less stressed. In yellow – highly stressed – are people who scored ‘High’ on the Stress Monitor. In blue – less stressed – are people who had ‘Moderate’ or ‘Low’ stress. Less stressed people consumed less COVID-19 news from social media compared to news sites and TV. High stress individuals consumed just as much COVID-19 news from social media as from news site and TV.

2022 Pulse Infoframe Inc.
We use cookies on our website to give you the most relevant experience by remembering your preferences and repeat visits. By clicking “Accept”, you consent to the use of ALL the cookies. Read More
Cookie settingsACCEPT
Manage consent