We Do Data Right.

A Collaborative Partnership to Develop the CDKL5 Registry

CDKL5 Deficiency Disorder (CDD) is a rare developmental encephalopathy with epilepsy that is caused by mutations in the CDKL5 gene. CDD can manifest in a broad range of clinical symptoms and severity. The hallmarks are early- onset, intractable epilepsy and neurodevelopmental delay impacting cognitive, motor, speech, and visual function. Although rare, the occurrence is believed to be ~1:42,000 live births, making it one of the most common forms of genetic epilepsy.

The CDLK5 Registry was created in collaboration with the Loulou Foundation and the Orphan Disease Center at theUniversity of Pennsylvania. The Loulou Foundation is a private non-profit UK foundation dedicated to advancing research into the understanding and development of therapeutics for CDKL5 Deficiency Disorder. The Orphan Disease Center facilitates and funds rare disease research, and supports the development of transformative therapies for rare diseases. 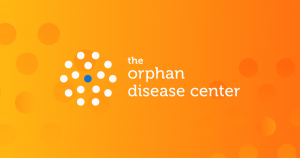 Why Was the CDKL5 Registry Started?

The CDKL5 Registry was initiated in 2018 to:

With the CDD community’s commitment to the Registry and supporting data collection initiatives, the following have been possible:

Prior to the launch of the Registry, CDD natural history data had not been systematically captured, reported, or analyzed. This resulted in a significant gap in the understanding of patient symptoms and potential treatments.

With consent of the Registry participants, the de- identified (anonymous) data captured within the CDKL5 Registry will be shared with researchers around the world to help advance CDD knowledge. Registry participants also have the opportunity to receive notifications for clinical trials and research opportunities, and learn more about the worldwide CDD community through the Registry’s new dashboard.

This has all been possible due to the recent release of the upgraded CDKL5 Registry platform.

What’s Next for the CDKL5 Registry?

The CDKL5 Registry benefits from the healthie™ platform which is continuously updated with new features for users. The registry is now available in English, French, Italian, Spanish and German. Additional languages including Arabic, Chinese, Russian, and Japanese are currently in development.

Changing the Future for Individuals with CDKL5 Deficiency Disorder

Daniel Lavery, Chief Scientific Officer at the Loulou Foundation is encouraged by the data that has been collected within the CDKL5 Registry.

“The registry has transformed drug development for our community. There’s now hope we’ll have effective treatments that respond to the community’s unmet needs.”

To learn more about the CDKL5 Registry, visit the registry’s website.

2022 Pulse Infoframe Inc.
We use cookies on our website to give you the most relevant experience by remembering your preferences and repeat visits. By clicking “Accept”, you consent to the use of ALL the cookies. Read More
Cookie settingsACCEPT
Manage consent